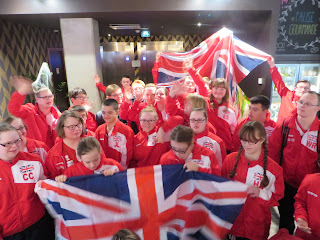 Final day of training before it all kicks off.  We seem to have recovered from the trials and tribulations of our respective journeys, some rather easier than others.

The swimmers have met up. Huge excitement from Florence last night as she saw Will walk into the hotel, nearly knocked him for six. Mark Holmes still seems to retain his iconic status with all the swimmers, old hats and new and the 'Scottish Gals' – Cerys, Fiona and Laura – clearly are an established clan. There are lots of new people to meet, faces to recall and names to remember. It is getting difficult to contain the excitement from some of the swimmers.


Travelling from the pool to the hotel was simple enough. GB has the biggest delegation attending – over 85 in all counting swimmers and support. To avoid complete chaos we've been split into groups. So far so good, no one has got lost yet. Early days for sure but our team leaders seem pretty competent.

A shortish delay for the pool to open was permeated with team songs from the Irish, more group photos and general banter from all. 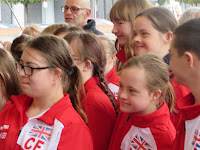 A wonderful rendition of the team song 'Who are We?, Who are we?' We are Team GB can't you see?' led by the indomitable Billy Birchmore lifted the mood of those beginning to get a bit fed up with the wait. Team GB seem to have buckets of good will, not much seems to deter their spirit. Surely a good omen for the next four days. 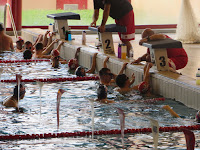 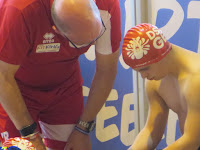 Final preparations for the opening ceremony were taking place as the swimmers did their last bout of training knowing tomorrow would be the real thing.  The coaches were tested right from the start - last minute nerves, forgotten kit, overexcitement, all dealt with kindly and professionally.

It was not long before the Irish, Spanish, Estonians and Portuguese joined us in the water. Neil and Steve could be heard from way up in the terraces where the supporters were sitting. The odd belly flop, followed by guffaws of laughter ensured that no one was left bored for long.

A quick turnaround after training was done, saw us back at the apart city where many of the other teams are staying. Accreditation completed and proudly displayed, we made our way back once more to the pool for the opening ceremony. 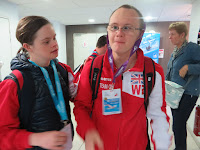 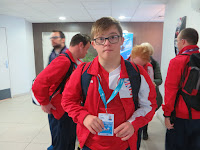 The teams were whisked away to get ready whilst the supporters waited for the pool to let us in. It was getting a bit cold, it had been quite a long day and some were beginning to wonder why it was that year after year we continue to put ourselves through the ropes.  There's a saying somewhere 'once a swimming mum, always a swimming mum!'  We were not to be disappointed though.

Representatives from each of the 30 countries proudly paraded around the pool. What a noise we made. The loudest cheers were heard from the Team GB supporters. As Caroline, carrying our flag and Billy, our name plaque entered the poolside we felt invincible. We are invincible! 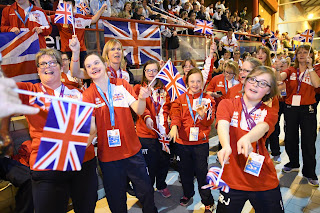